Scenarios for the European economy 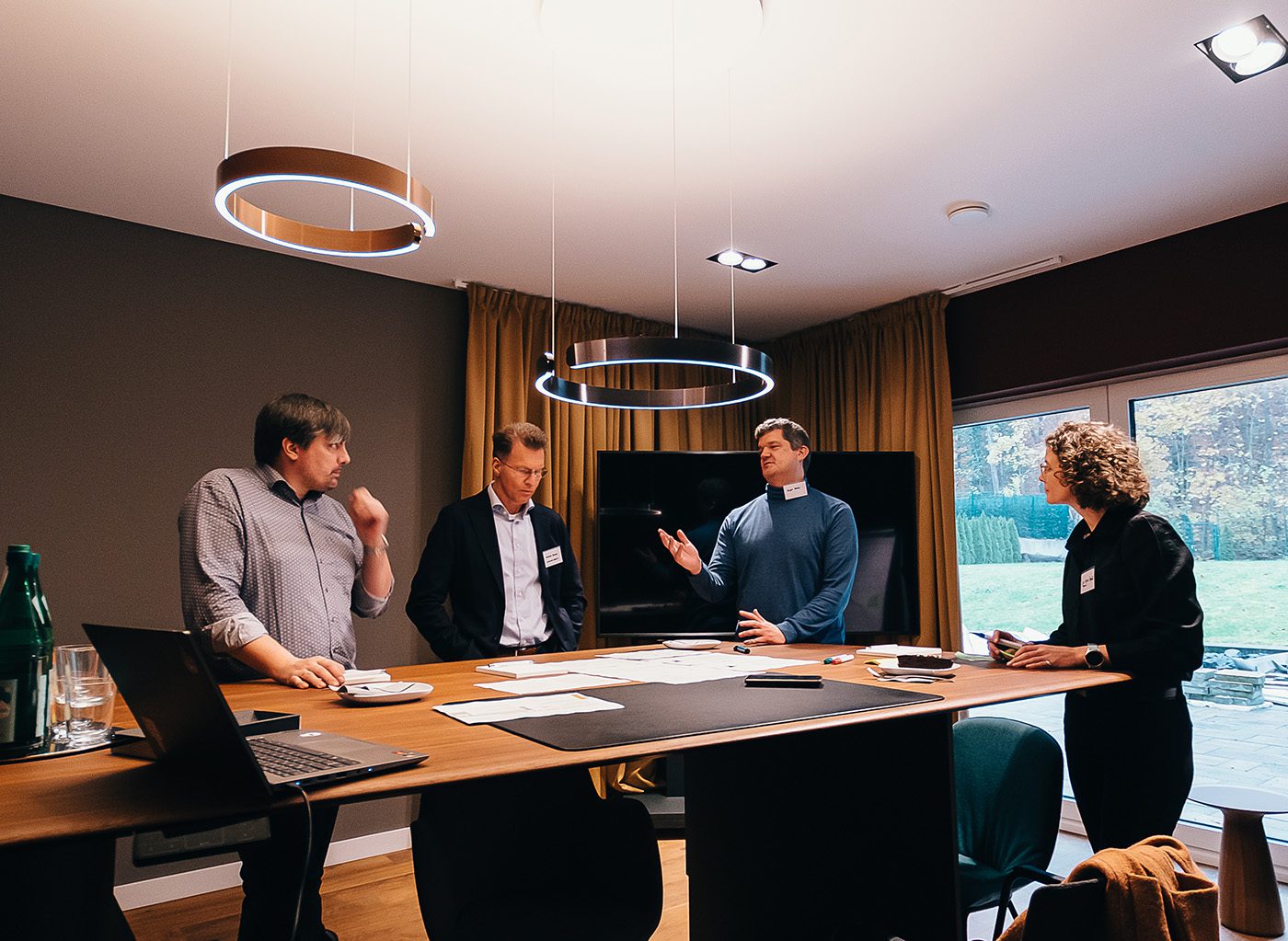 What are the scenarios for the European economy? Participants at the Future Lab in Frankfurt discussed this at the end of November.

The growth of the European economy over the past three decades has been based on five main pillars. Cheap energy from Russia, cheap goods from China, cheap liquidity from central banks, cheap security from the U.S. and export of expensive high technologies mainly to Asia. Although varying in scale, none of these conditions will be in place for the next 10-15 years.

In the area of high technologies, Europe is slipping from the top of the world to the second league, geopolitical shifts in the balance of power require a growing commitment to security, deglobalization is increasing the cost of capital, China is competing in the area of high-value industrial plants and products, and in the medium term renewable energies cannot compensate for the loss of cheap fossil energy.

Against this backdrop, Themis Foresight developed five future scenarios of the European economy as part of a major study “Europe’s Economy in a New World Order”, with all scenarios based on achieving the climate-neutral transformation of the economy by 2050 and no global escalation of warlike conflicts between geopolitical power centers.

Our scenarios prove to be a useful basis for companies to examine under which conditions their business models come under pressure in different scenarios and where opportunities open up for securing sustainable business.

We offer to work with companies to look at specific risks and opportunities for their business model and derive recommendations for action.

Project: Impact of the 5 scenarios on your business model

Jan Berger, CEO and project lead of the 10-month research will be happy to introduce you to the topic in a conversation. 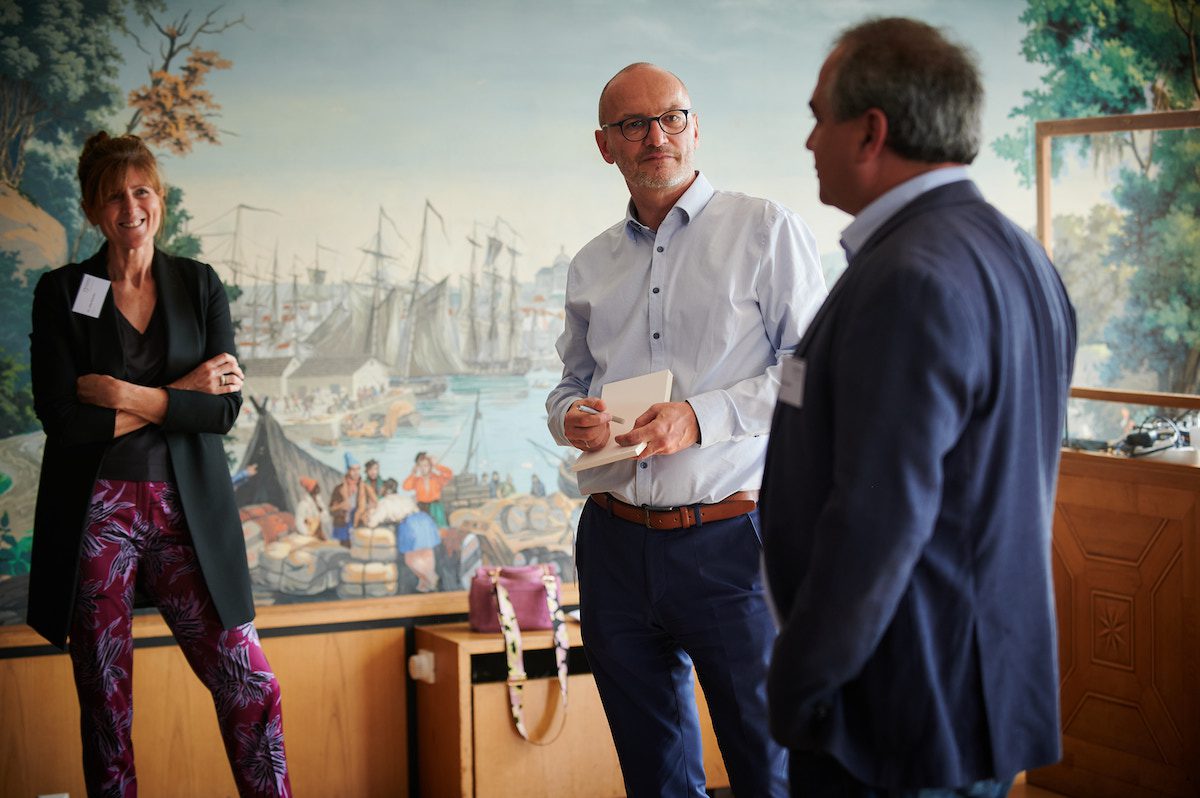 Decarbonization and a reorientation of the energy supply of companies for the future: Themis Foresight is currently researching and advising companies in all sectors on this topic.

How can companies save energy? How can energy costs be reduced? What steps do companies need to take in decarbonization? How can the energy system become more efficient? Which energy technologies will determine the next decades and which investments are worthwhile for companies in the long term? Many companies want to become climate neutral and align their business models with regard to decarbonization. Themis Foresight is currently working with companies from a wide range of industries to examine what this could mean for them individually.

Realignment of the energy supply 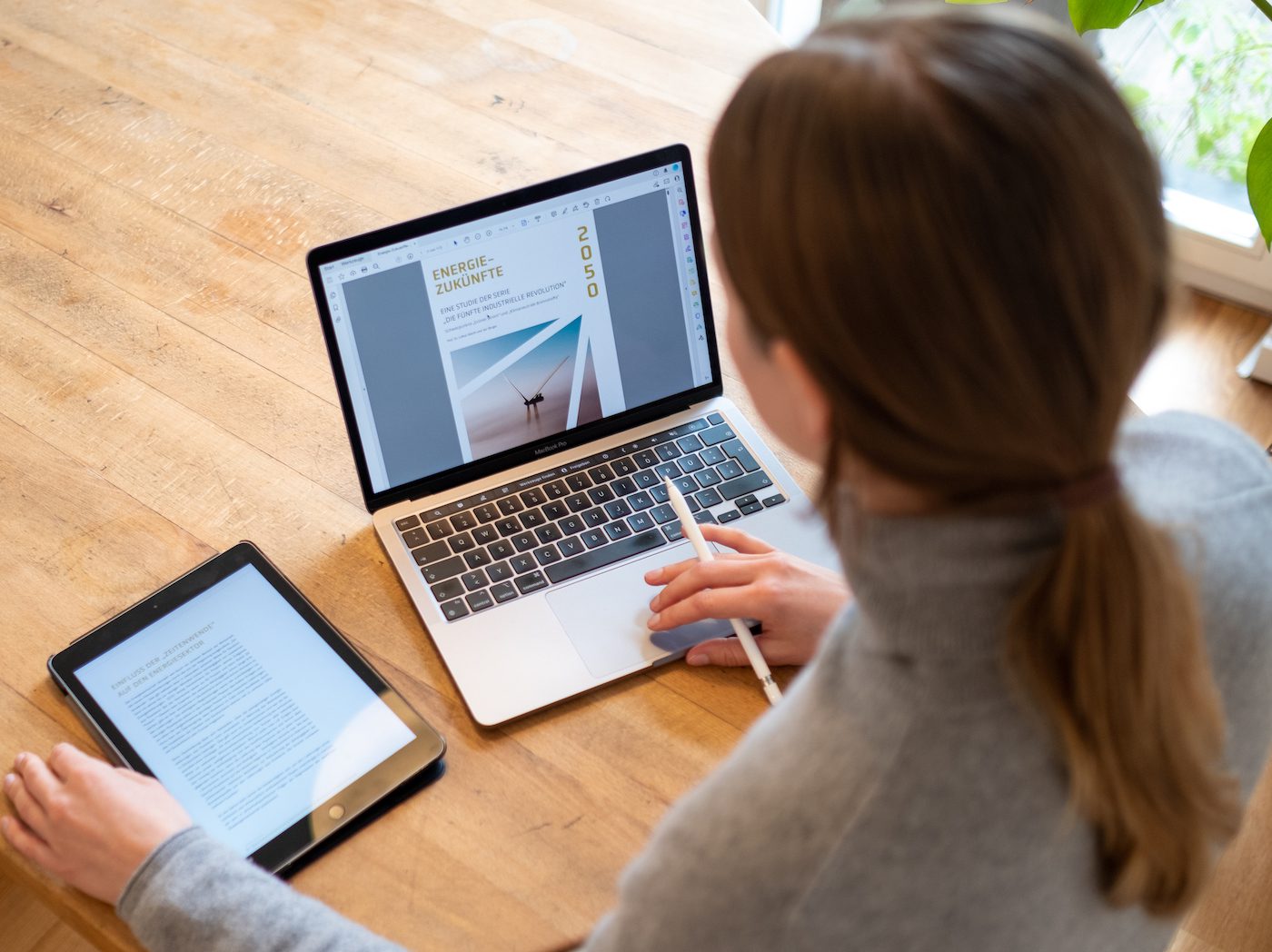 I am pleased to finally announce today that our study “Energy Futures” has been published.

The current energy price crisis threatens to strangle large parts of the European economy. It is the result of a policy that made Germany unilaterally dependent on one main energy supplier on the one hand, and introduced measures to shut down conventional power generation before a new system of renewable energies could compensate for the shortfalls in base load supply on the other. The debates about who was to blame or complicit in these decisions and when are of little use to our work at this point.

For the future, however, it is important not to repeat these mistakes in a different form. We need to move away from dependencies and establish an energy system whose components interlock. If we blindly invest in individual technologies today out of a knee-jerk reaction, it may well be that in a few years or decades we will face problems similar to those we face today. This report is a study of the future that shows how things may be in the future. Its time horizon deliberately extends to the year 2050 and in places even beyond.

In the report, futurist Jan Berger and entrepreneur and honorary professor Prof. Lothar Abicht describe the fundamental transformation of the energy system and the economy in the light of the fifth industrial revolution. They impressively explain the extraordinary potential that lies in green power and convincingly demonstrate how existing technologies and innovations will shape energy futures if the right course is set today.

With its depth of perspective, the report is aimed primarily at decision-makers in companies, politics and society. The report takes a well-founded look at photovoltaics, wind and nuclear power, bioenergy and hydrogen from all sides. Readers gain insights into which developments will dominate in the future and which assumptions many are wrong about today. They can use this knowledge to make decisions today.

The report is 116 pages long and lists 200 sources. You can find it in our store:

Carina Stöttner spoke about fashion in changing times with an outlook to the year 2035 in her keynote speech.

On May 18, on the initiative of Alexander Gedat, we were able to spend an exciting day with the executives of GERRY WEBER International AG, Ahlers AG, Fynch-Hatton & Sportalm Kitzbühel with our Inspiration Day Future Fashion Retail!

With three presentations to get us started, we provided inspiring future impulses for the industry.

Together, we then examined which future trends and new technologies are changing the business models of companies in the industry and what design options they have. We identified relevant social, economic and technological trends, drivers and players based on the following questions:

What might a future business model look like in the metaverse? What skills does a company that offers mass individualization need? Can premium retail work in stores? And how can sustainable omnichannel fashion be designed?

The lively and entertaining work sessions produced one or two very creative ideas. We will definitely stay tuned and continue to observe where the journey is heading.

Future Lab: The future of the European economy

On May 23, 2022, thought leaders met with Themis Foresight at the Pan Am Lounge in Berlin to develop hypotheses for possible futures of the European economy that take into account the renegotiation of global economic and security policies in a Future Lab.

Future Lab to jointly develop hypotheses for possible futures of the European economy. The background was the renegotiation of global economic and security policy triggered by the Ukraine war.

The day was characterized by exciting impulses and stimulating discussions.

The results will now be further processed in a Delphi study, which will be conducted among economic leaders and policy makers starting in June. If you would like to be kept up to date on the publication of the first results, please subscribe to our newsletter.

We wanted to use the afternoon to say thank you for the support of a dozen people who have actively supported us in our first year. So in this meeting we now also formally constituted our Corporate Advisory Board.

We would like to thank all participants for the intellectual exchange and hope to see you again soon!

You can get the first glimpses of this research here: