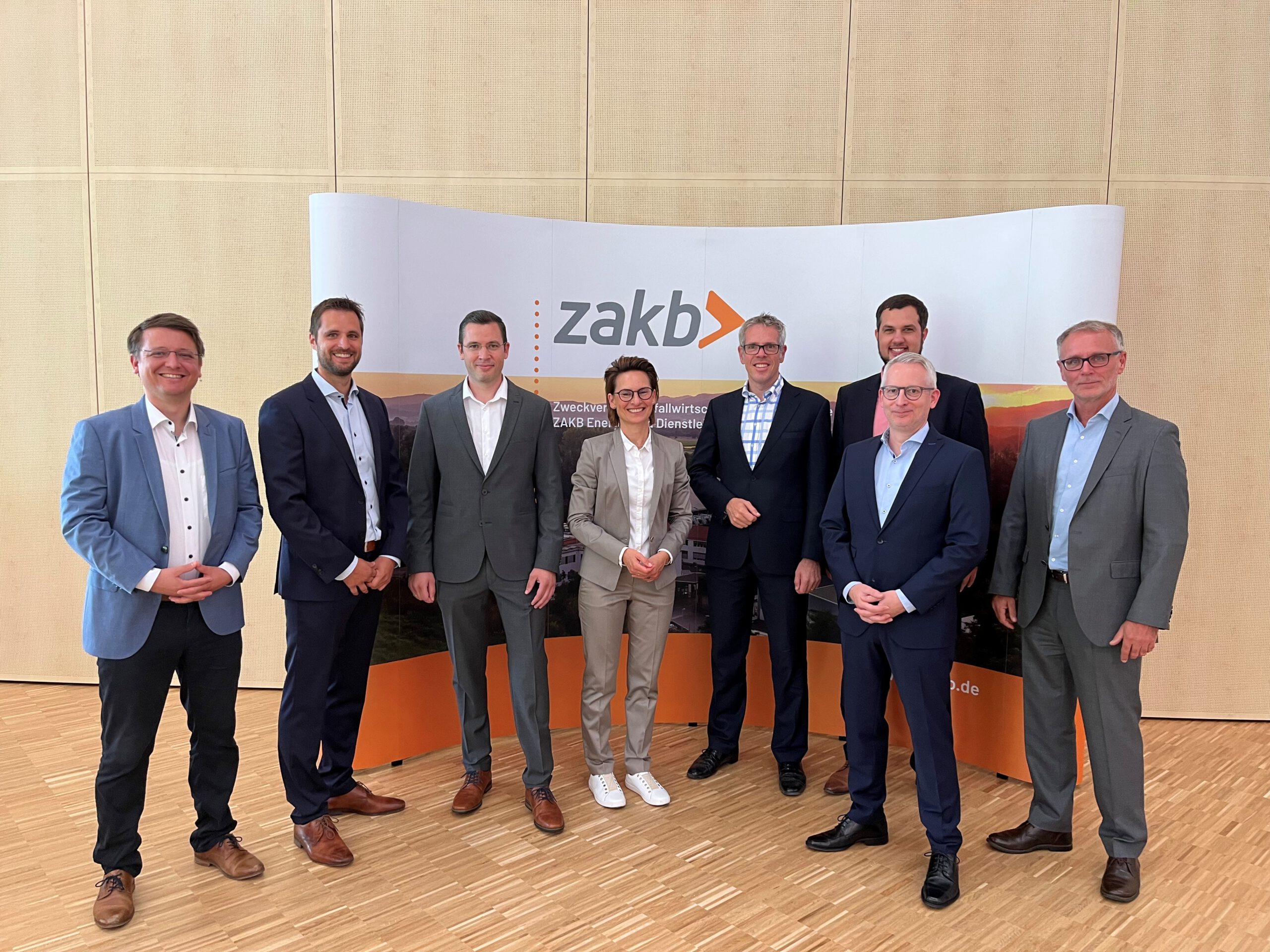 Anniversaries have always been an occasion to look back. Not so at the Zweckverband Abfallwirtschaft Kreis Bergstraße (ZAKB). The association used its 20th anniversary celebration to take a look into the future.

The focus was on the question: What opportunities and challenges does digital transformation bring for the municipal economy? Answers were provided by renowned speakers such as futurologist Norbert Hillinger. He drew a big picture of global megatrends, technological developments and innovative new developments. In addition to overarching themes such as mobility, health, consumption and communication, Hillinger also addressed applications that could already be in use in the foreseeable future: Buildings and food from 3D printers, autonomous vehicles and autonomous robots, as well as artificial intelligence that optimizes processes, improves organization and makes decisions at lightning speed.

It became clear that not only companies but also public institutions such as municipalities need to take advantage of these forecasts in order to position themselves optimally for the future. 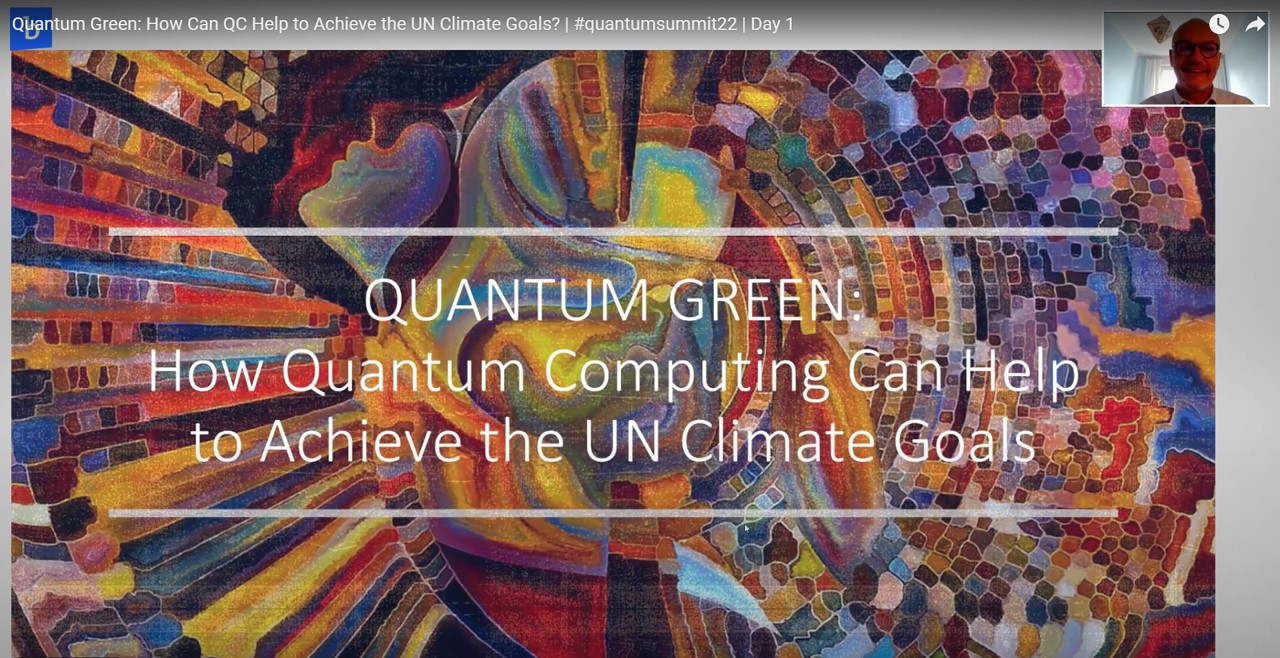 Recording of the keynote by Jan Berger on Youtube.

It is one of the key technologies of the coming years and decades: quantum technology. Given its potential applications for solving combinatorial problems that are not yet fully tangible, on the one hand, and the underlying mechanisms with elementary particles that follow their own laws, on the other, this technology exerts an immense fascination.

This was also evident at this year’s Quantum Summit on May 11 and 12, a virtual event with 50 speakers, including Themis Foresight CEO Jan Berger, and 1,000 audience members.

We are guided primarily by the question of how quantum technology, and specifically quantum computing, can help policymakers, business and society address challenges in the coming decades. One of these global challenges is climate change and its associated consequences, as well as the question of how to ensure a sustainable supply of food and energy for people in all parts of the world. Can quantum computers make a contribution here?

Jan Berger ventures in his talk titled “Quantum Green: How Can Quantum Computing Help to Achieve the UN Climate Goals?” some forecasts, partly formulated as visions. According to estimates, the worldwide energy demand for computer computing power will triple by the year 2030. Quantum computers could help save the increased energy demand in other areas. He sees approaches above all in the transportation sector and in the optimization of traditional, energy-intensive industries. Completely new possibilities are conceivable here, for example

Knowledge instead of data

It is important to emphasize to Jan Berger that the use of quantum computers cannot be about producing even larger amounts of data that will ultimately never be used, but about achieving a linkage of data, a flow of data, and thus generating knowledge, similar to the way our brain works. That is the real vision.

Our report: “A quantum vision for Germany”, which was produced in close cooperation with the Bundesdruckerei, will also be published shortly.

Norbert Hillinger as speaker at the Retail Symposium in Vienna 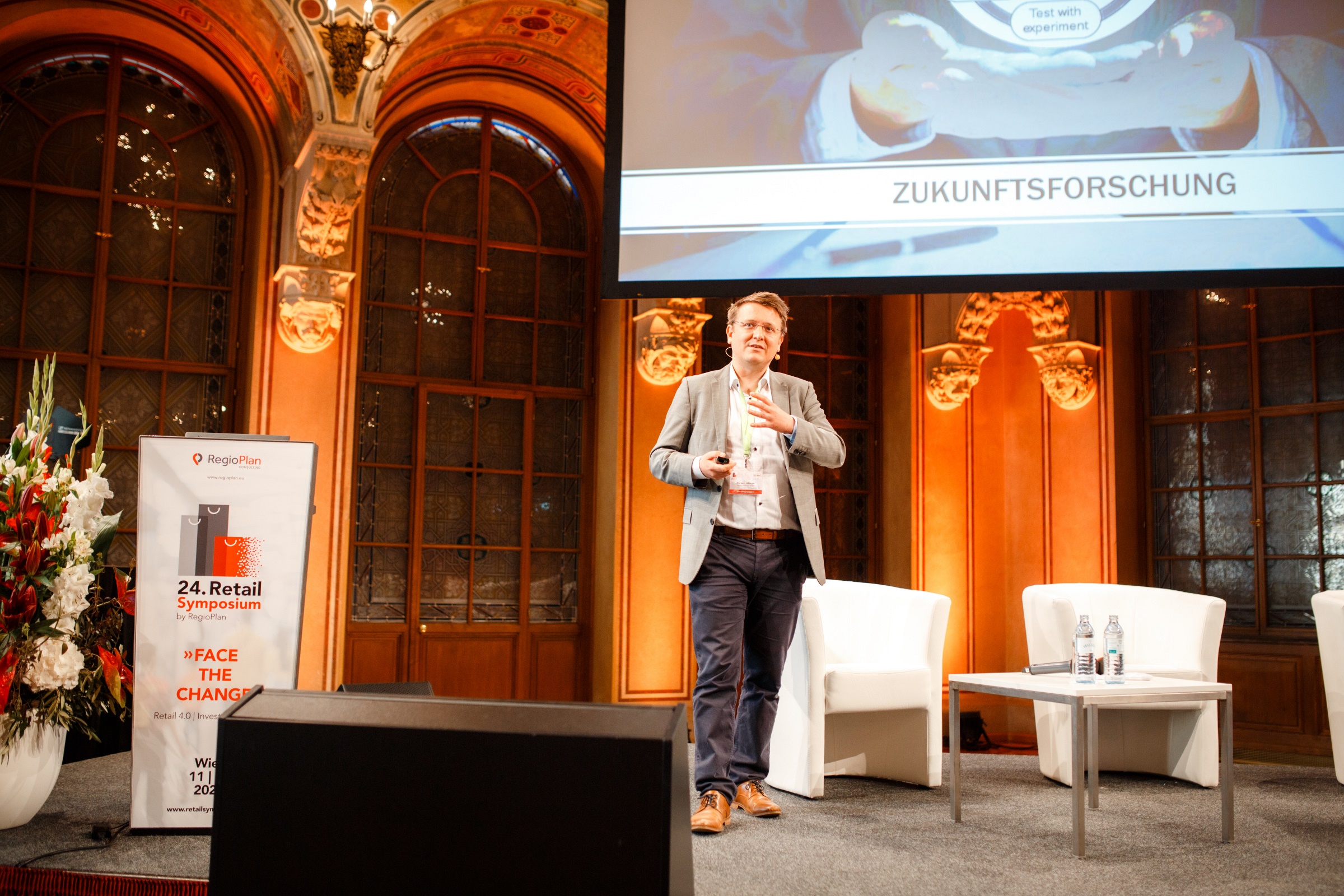 In his keynote, Norbert Hillinger takes the audience on a journey into the future of commerce. © Copyright: Benedikt Weiss.

The retail sector has not had it easy in recent years. On the one hand, Corona brought many store owners to the brink of extinction, and on the other hand, in view of the competition in online retailing as well as technological and social developments, retail has been on the threshold of a complete reorientation for years anyway. 5D shopping, supermarkets automated by artificial intelligence or self-driving kiosks, some of these trends may still sound like the distant future, but are already reality in many places.

The 24th Retail Symposium of RegioPlan® Consulting in Vienna on May 11, 2022 made this change clear, but at the same time showed ways to meet the challenges. “Face the Change” was the motto of this year’s event, which has a long tradition and is considered the most important think tank of the industry in Europe.

But to face the change, statements about the future environment are needed. What will retail have to adjust to in the next few years, what will change and how? This was precisely the question addressed by the speakers in their presentations and in a stage discussion. Our colleague Norbert Hillinger, futurologist and Senior Associate at Themis Foresight, was also present with his presentation ‘Future Retail: A journey into the future in three chapters’. He took the guests on a trip to the year 2035 and showed how we ourselves can contribute to the future, namely with courage for new perspectives, innovative and visionary thinking.

But what are the trends for retail from his point of view? To this end, Norbert put forward a number of theses, including:

Working World 5.0  – CEO Jan Berger as a panelist at the Vienna City Academy 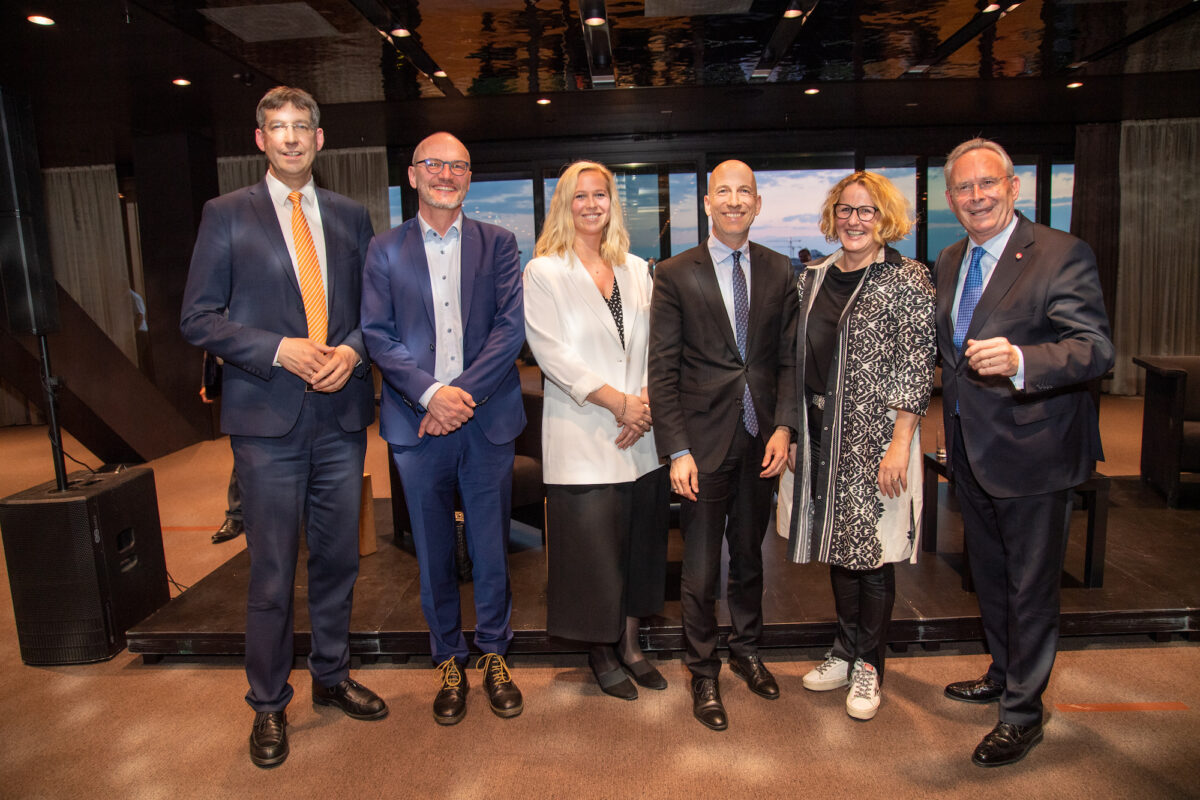 While some fear for their jobs, others are fascinated by the transformation that is currently taking place in our working world. Which jobs will be replaced by artificial intelligence in the future? Will I soon be working with a robot instead of a flesh-and-blood colleague? And what does this transformation mean for our economy and society as a whole?

It is these critical questions and different perspectives that make the topic of the working world of the future seem more controversial than almost any other. And while the opportunities are apparent at first glance, the accompanying challenges are often still opaque in their full breadth.

This makes it all the more important to understand the complexity of Working World 5.0 and to engage in discourse.

This was also the aim of the panel discussion with political analysis held by the City Academy of the People’s Party of Vienna at the end of April. Under the slogan “Working World 5.0 – Between Opportunities and Challenges for Vienna and Europe”, scientists, economic experts, futurologists and politicians used the example of Vienna as a business location to discuss the many aspects of a working world in transition – also representative of other European cities.

Our CEO and founder Jan Berger was represented as an expert in the field of AI and digitalization and discussed the topic of artificial intelligence and the labor market together with Federal Minister of Labor Dr. Martin Kocher and City Councilor Karl Mahrer.

We are looking forward to a continuation and further discussion forums of this kind to allay fears and proactively shape change in our working world.

We are gladly available for speeches or panel discussions. Please contact us!